The Last Summer of Baby Swings 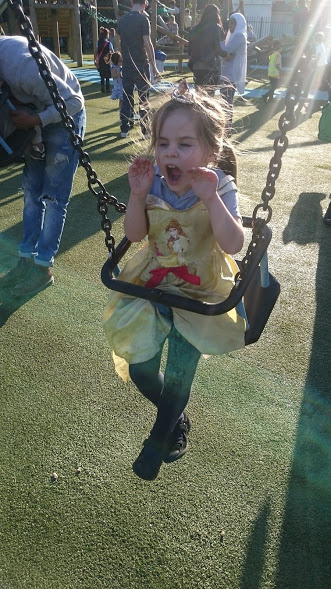 Today is the first sunny after school of the year. We went to the park,  along with every other child in a 5 mile radius, and Eva asked to go on the baby swing. As I levered her in,  I realised how much she’d grown since last summer. She’s got two terms of school under the belt of her grubby Belle dress  and in so many ways she is not my baby any more. It’s been 7 years since I first  hesitantly lowered her brother into one of those and now it seems that this summer we might be done with the baby swings once and for all. 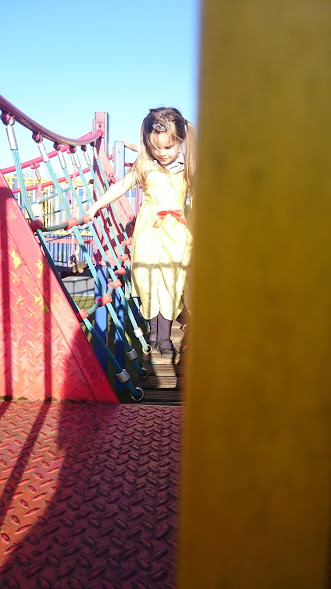 It’s hard to remember that she’s nearly 5, seeing as we’re still in the midst of toddler-like tantrums about dinner and hairwashes. But she is growing up. She’s starting to write and read, as long as the subject material is strictly related to fairytales, princesses or fairytale princesses. Otherwise she’s not interested. Reuben, meanwhile, is speeding through his Roald Dahl boxset, finishing Fantastic Mr Fox in a day.  When we went to Belgium, they carried their own rucksacks and pulled their own cases and made us start daydreaming about the prospect of holidays a little further away than the Isle of Wight.

It’s so hard to write about this without resorting to cliché so I’ll just embrace it instead. It goes so fast. Not when you’re in the  relentless drudge of sleep deprivation and days pass like  weeks. But once they’ve started toddling away it speeds up like a John Lewis advert and you find yourself organising birthday parties with frightening regularity just so that you can add all those candle-blowing out shots to the turbo-charged montage. You  also start being responsible for other people’s kids at those parties, which is a bit of a bummer and severely restricts your alcohol consumption. But on the bright side, they’ve started to do useful stuff like cleaning up their own yoghurt spill. Maybe one day they’ll be able to eat a yoghurt without spilling it at all. 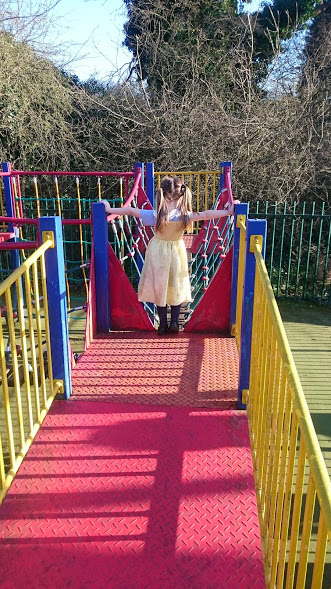 That might be living in fantasy land though. Reuben may be capable of teaching people three times his age what a conjunction is but that doesn’t mean he can get from the lounge to the bathroom without knocking over several stacks of paper and dropping at least one thing down the toilet. In some ways, we still have a toddler.
But we won’t forever. And, to end on another cliche, that’s why we need to enjoy the baby swing years while we can. A few more years and they’ll be using them to hold their cans of White Lightning while they smoke on the slide. Can’t wait for those kind of #preciousmoments. 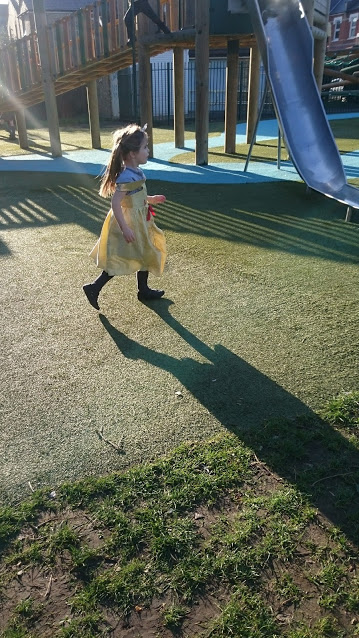 This entry was posted in Just wandering.... and tagged parenting, parks, swings. Bookmark the permalink.

2 Responses to The Last Summer of Baby Swings