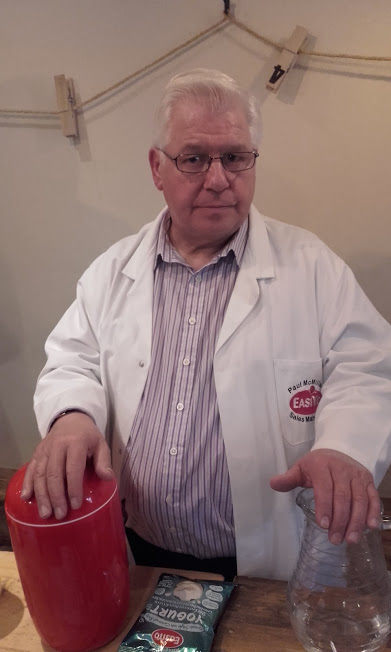 The quest to understand West London continues. Yesterday morning found us wandering around Earl’s Court, trying to find a way out from the Piccadilly Line. What seemed like an exit landed us on the District Line platform, at which point Roo declared himself confused. “I’m a-fused all the time” concurred Eva.

Soon, we were out in the open and power walking through what I call “Noel Streatfeild country” and we were indeed close to the Cromwell Road that Pauline, Petrova and Posy Fossil lived on. In fact, that was our next challenge – finding a way to cross the A4. We’ve driven along it many times and I’ve never noticed a handy way to get across the six lanes of traffic…but for future reference, there is a crossing here, between Nevern Road and Cromwell Crescent:

It even has trees in the middle. Don’t say I never tell you anything useful. Our destination at the end of all this was Maggie and Rose in West Kensington, a private members’ club designed especially for children. The kids loved it as soon as they saw the abacus on the gate and they were equally enchanted by the little shop just inside:

But we were not there to purchase a ride-on triceratops, however tempting it might be. We were there to learn more about the Easi-Yo yoghurt maker. I was just in time for the demonstration by Jenny Falconer and Sales Manager Paul:

Now, I don’t think I’ve ever considered how to make yoghurt before but if you’d asked me a few days back I would have guessed it was something to do with straining something through something else. Maybe a muslin? But the EasiYo doesn’t require any kind of hard work – you mix the sachet contents with tepid water, give it a shake, place it inside the big red pod with some boiling water and then just leave on the worktop for about 12 hours. I don’t know what magic happens within the big red pod, but it creates a very tasty yoghurt – once it’s formed, you chill it for a bit and then it’s ready to eat. And did I mention how very tasty it was? We tried a few different flavours – strawberry, coconut, lemon and ginger – and it was super creamy. I don’t often have a lot of dairy so it was a bit of a treat to gorge on proper yoghurt for once. There were a whole host of toppings to try with it: 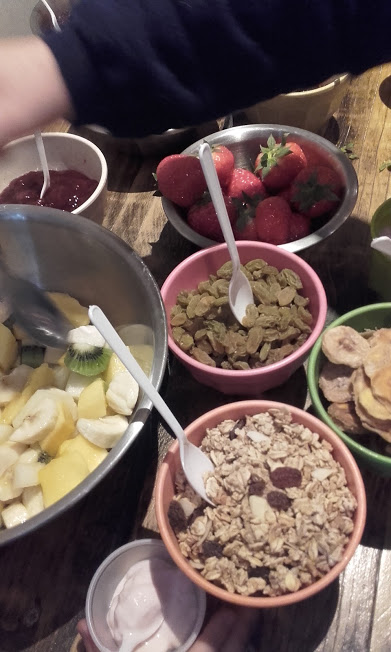 and some delicious recipes, including a peanut butter that tasted just caramelly, just like a Snickers bar: 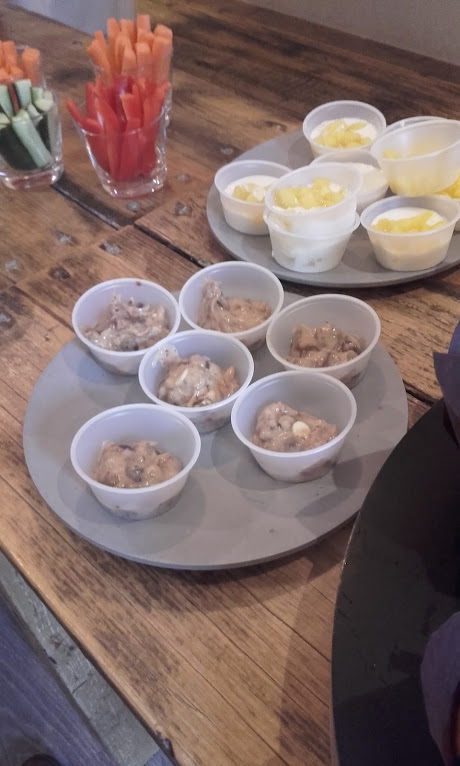 Then there were the yoghurt-related recipes – dips, houmous, frittata, muffins…I could go on. And I could have gone on eating all day.. 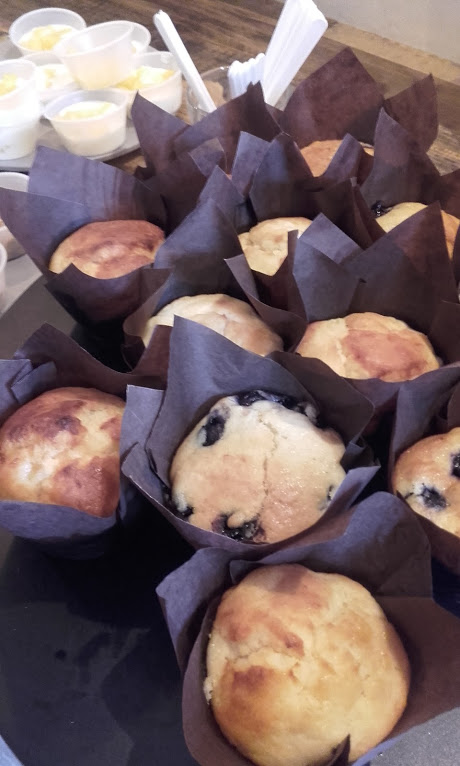 But I probably needed to go and see what those darn kids were up to. While we’d been sampling yoghurt in the kitchen, there had been all kinds of noises from the room with the cushions in. There was a balloon modeller and face painter in there with them – and Nathan  – so what could be hyping the children up so? 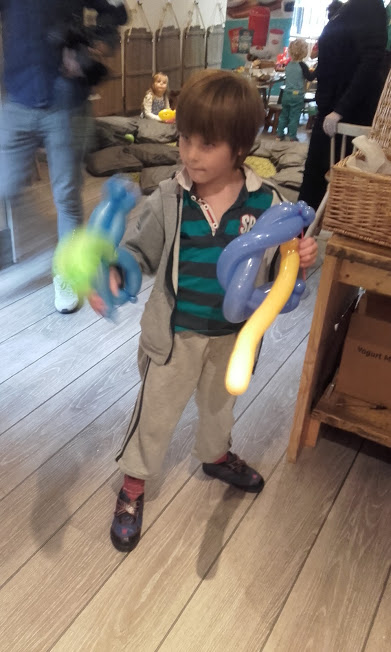 Aha! Balloon weapons! Reuben and some other small boys had been equipped with functioning bow and arrows and were rampaging around shooting each other with them. Kudos to balloon modeller Suzi Banister for managing to fashion a working bow out of balloons though. All the balloon models were impressive, actually – Eva was very pleased with her butterfly:

It was “flying” in the picture so a bit blurry. Here’s a better one:

Suzi also produced a balloon Hulk which momentarily halted Roo’s balloon-battles. Only momentarily, though. Eva, on the other hand, was sitting mesmerised:

And then she and I had some more yoghurt:

I liked the quirky décor of Maggie and Rose – there was detail everywhere, including the stools: 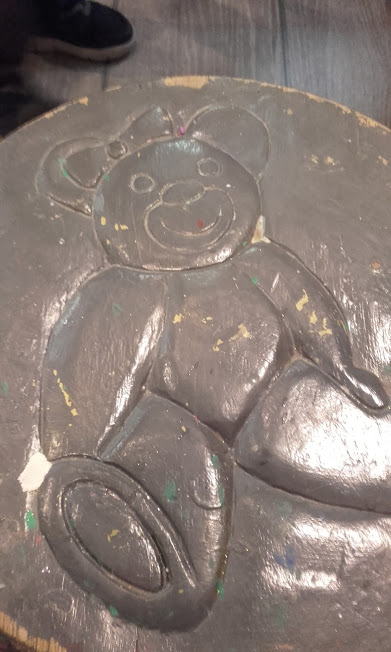 I was concerned about this particular piece though. As Reuben said, why would you keep a kitten in a cage?:

It was nearly time to go but first, Eva had some literacy practice to do: 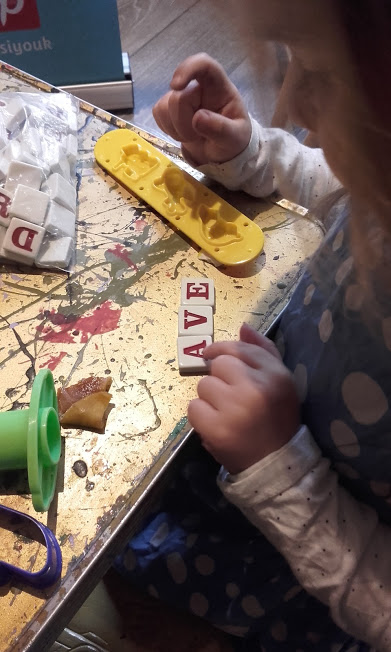 As we left, we were given our own EasiYo yoghurt maker, which was a nice surprise. I’d like to see how it works when a novice is trying it rather than an expert but I will report back….

Thanks to Maggie and Rose for having us and to EasiYo for hosting the brunch. All opinions remain honest and my own.

This entry was posted in Creating precious childhood memories or something (days out) and tagged cake, eating out, West London. Bookmark the permalink.